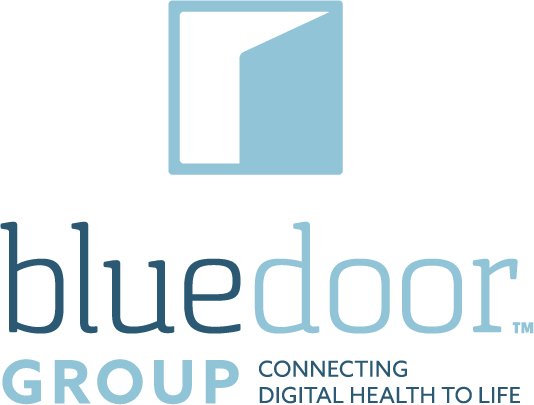 With the redevelopment of the Bailey Power Plant and 343 apartments slated to be built in the Wake Forest Innovation Quarter, planning has now started for the next phase of development in this urban-based district for innovation.
Sitting on nearly 200 acres in the eastern part of downtown Winston-Salem, the Innovation Quarter, an enterprise of Wake Forest Baptist Medical Center, has grown into a hub of activity primarily from revamped R.J. Reynolds Tobacco Co. factories and warehouses.
So far, public and private investment has topped $713 million in the innovation district and a little more than 100 acres have been developed.
The Innovation Quarter was conceived as a place where people can work, live, learn and play. It is a place for research, business and education in biomedical science, information technology, digital media, clinical services and advanced materials. Various events are held throughout the year, including networking and social events, classes, seminars, arts performances, educational lectures and food trucks.
“The initial experiment is successful,” said Eric Tomlinson, president of the Innovation Quarter. “We’ve attracted people who work here, live here and develop here.”

Wexford Science & Technology LLC has been the primary real-estate developer in the Innovation Quarter. The company previously became partners with Wake Forest Baptist Medical Center to restore Wake Forest Biotech Place, 525@vine, the Inmar Inc. headquarters and the 60-series building.
The 60-series building recently became home to The Bowman Gray Center for Medical Education of Wake Forest School of Medicine and Wake Downtown, a Wake Forest University location that will offer new academic programs in engineering and biomedical sciences. Wake Downtown classes began Tuesday.
Wexford is also redeveloping a portion of the Bailey Power Plant, including the main building and most of the surrounding grounds.
The majority of the projects developed by Wexford have benefited from North Carolina mill credit and federal historic tax credits. The City of Winston-Salem and Forsyth County provided some tax-based incentives.
Grubb Properties will develop residential housing and a variety of retail spaces wrapped around a shared parking deck, which will provide expanded parking for residents, employees and visitors to the Innovation Quarter. Construction is planned to start early this year with the parking deck to be completed first. The City of Winston-Salem and Forsyth County each agreed to provide economic assistance in support of the parking deck in the form of property-tax reimbursements.
Work continues on the Long Branch Trail, which will eventually run the entire length of Wake Forest Innovation Quarter. The Innovation Quarter’s development portion will extend 1.2 miles from East Third Street into the innovation district to Research Parkway near Business 40, then southward to Rams Drive and East Salem Avenue.
The city of Winston-Salem is constructing the northern end of the greenway. That section will run north from the East Third Street pedestrian bridge to Martin Luther King Jr. Drive at the north end of the Innovation Quarter. Completion for the southern portion is expected to happen by the end of this month, and the northern portion should be finished this summer.
The greenway in the Innovation Quarter will eventually extend past Rams Drive south on Research Parkway and link up with the Salem Creek Greenway, creating about a 20-mile loop from the north end of the Innovation Quarter back by way of Salem Lake.
As the Innovation Quarter has blossomed, its periphery has expanded. Several residential communities and businesses consider themselves part of the Innovation Quarter and are now included in maps of the innovation district, including the new 757 North apartments, a mixed-use affordable housing development that will have 115 units. Laurel Street Residential LLC of Charlotte and Goler Community Development Corp. based in Winston-Salem have teamed up to develop the site on North Chestnut Street. This project is expected to be completed by late May.

Planning for the future

The next step in developing the Innovation Quarter has already started.
“Our next phase that we develop will be, hopefully, startup space as well as what we call matriculation space,” Tomlinson said.
In using the term “matriculation,” he means offering space for five to about 15 employees, compared with one or two employees.
“We need to create that startup and matriculation space in a way that’s for entrepreneurs and innovators,” he said.
Officials at the Innovation Quarter are also working on plans for the second phase of the northern area from Third Street to Salem Parkway, formerly the central area, of the district.
Tomlinson said this area will offer significant opportunities for Winston-Salem.
Plans are to double the square footage of the Innovation Quarter over the next 10 to 15 years at an estimated cost of another $800 million.
“We envision another 2.5 million square feet of mixed-use development — office, residential, retail, low-rise, high-rise (buildings), focuses on modern industries,” Tomlinson said.
He said this next phase of the Innovation Quarter “will focus on attracting high-tech enterprises from other regions into Winston-Salem.”
He expects them to be large and small companies from various sectors.
During a Town Hall meeting in November, Tomlinson said enterprise growth areas are expected to be in:

The challenge will be to find companies and users for the second phase of the northern area. But what’s the best way to attract them?
“The way to do that is not simply putting a shingle up or making a few phone calls,” Tomlinson said.
He said that “companies will be attracted by a favorable local and regional business climate, strong public-private partnerships and a strong and vibrant innovation community.”

He also said that it will be important to retain companies and employees as well as attract people who moved away after graduating from local universities and the Wake Forest School of Medicine.“Now that the experiment is successful, we have a reason to believe that this is the place to be,” he said of the Innovation Quarter.Taylor Bryant, executive director of the Business-to-Business advertising practice for MullenLowe U.S. in the Innovation Quarter, said that “continuing to attract a diversity of businesses, organizations and associations is critical to attracting and retaining workers, including local graduates.”But he said that doesn’t mean positioning the innovation district as being all things to everyone.“To attract and retain the best talent, the Innovation Quarter needs to be a place that supports innovation in established businesses as well as helping to incubate new start-ups in completely new arenas,” Bryant said.Brooke Smith, senior director and head of brand sales, and Pete Richter, vice president of supply chain finance, both for Inmar, came back to Winston-Salem.Smith, a native of Winston-Salem and graduate of Salem College, lived in New York prior to returning here.“It was important to me to have both a strong professional network as well as an innovative and vibrant community,” Smith said in a statement. “I knew I would live downtown, which is where I still live today, so the growth of Innovation Quarter (including its future vision) were a strong draw for me both personally and professionally.”

Richter, a graduate of Wake Forest University, left the city in 2001 to work for Frito-Lay. Over the years, he has worked for several companies and lived in Chicago, Michigan and Boston.
He said in a statement that he returned to Winston-Salem in 2015 partly because of an opportunity with Inmar.
He said Winston-Salem has significantly changed, saying that when he left in 2001, the majority of employers were in banking, furniture, tobacco and textiles.
“It was looking pretty dismal at one point with banks consolidating, tobacco under fire and textiles/furniture were struggling,” Richter said.
Now, there is a bit of everything, including biotech, medical and food, he said, and banking and furniture have stabilized.
“The diversity of employment has helped for sure,” Richter said.
Inmar is highly involved in the innovation district’s future.
“As co-chair of the Entrepreneurial Committee for the Winston-Salem Alliance, I worked closely with others to assess our community gaps leading to efforts like bringing Venture Café to Winston-Salem,” said David Mounts, Inmar’s chairman and chief executive. “We are one of only five cities in the world to have this resource to help drive growth and opportunity.”
Venture Cafe is a nonprofit organization that provides programming aimed at bringing the innovation community together.

He also said that Inmar collaborates with other companies in the Innovation Quarter and the Triad to use data and technology to provide new capabilities in health care and retail.

“We also supported the funding of the Dioko Venture Fund with a substantial investment to increase capital available to early-stage companies,” Mounts said.

Based on the most up-to-date figures, there are 37 service companies, 33 tech companies and 149 members of Flywheel LLC, along with 3,282 people working in the Innovation Quarter.
Flywheel, a 10,000-square-foot space where entrepreneurs and small business owners can work, will be moving late this month from its current space in the 525@Vine building to the Center for Design Innovation in the Innovation Quarter. Flywheel provides a community workspace concept for startups, consultants and freelancers in the form of membership plans tailored to their needs, network resources and programming focused on technology skills and business development.
Tomlinson said he has noticed over the years a growing pride in the Innovation Quarter among people in the innovation district and the overall Winston-Salem community.
“It seems to me that many of the ingredients for a thriving innovation community are now here,” Tomlinson said.
Bryant of MullenLowe said that the more concrete lure of the Innovation Quarter is modern, open workspace with facilities and resources that help foster creativity and collaboration.
“So, yes, it’s easy to look at the Innovation Quarter and say it’s about how cool the buildings and the workspace are, but in so many ways it is not about the buildings at all — it’s about the sense of community and culture that is being created here,” Bryant said. “It’s very appealing to a creative organization such as ours and the kind of talent we want to attract.”
Over the next five to 10 years, Mounts of Inmar sees the innovation district as “an epicenter for innovation and growth” extending throughout the Triad.
“North Carolina is consistently ranked among the best states for business,” Mounts said. “Innovation Quarter is one of the best examples of why that is true.”
By 2030, officials believe the Innovation Quarter will have 9,000 people working there, five academic institutions, 2,500 living units, more than 1,500 graduate students, 5 million square feet of work space, more than 8,000 workforce trainees, and $1.7 billion in public-private investment.
“The key strategy of Wake Forest Innovation Quarter to create an ecosystem where people are learning and discovering but also living and playing will continue as the nearly 30 additional available acres in the Innovation Quarter are developed over the next 20 years. Our commitment to the community remains to support health care and the training of minorities as part of Wake Forest Innovation Quarter’s continued growth, and we’re very excited about the future for us and our partner institutions down there,” said Dr. John D. McConnell, chief executive of Wake Forest Baptist Medical Center.
fdaniel@wsjournal.com (336) 727-7366 @fdanielWSJ
By J Kevin Tugman|2017-01-14T08:31:30+00:00January 14th, 2017|Prime|